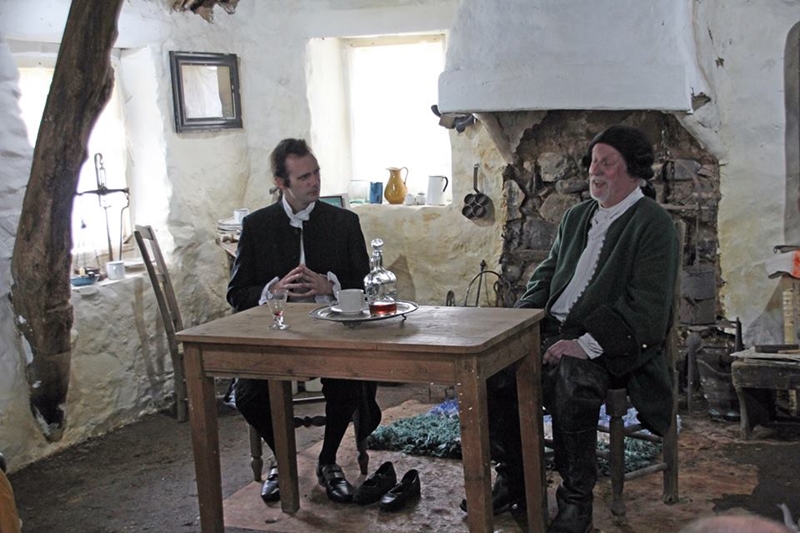 To mark the re-opening of the cottage following repairs to the fire damage, we celebrated with a short excerpt from the play ‘Torwatletie’ performed by the Guild of Players in the cottage. There was also a barbecue, and what a fantastic day we had! There are so many people to thank – the Guild of Players, John and Freda Copeland for running the barbecue, Mogerley’s and Houston’s, butchers, for the sausages and burgers, Jean Wilson, Linda Watson and Nan Coupland for their baking, Bob Watson for his music, and all who came along and supported the event. Once again everyone was so generous with their donations.

The full performance of ‘Torwatletie’ starts in the Theatre Royal, Dumfries, from 12th June.

Hilarity ensues in this Scots play set during the Jacobite uprising as the Laird of Torwatletie is tasked with smuggling a Highland rebel out of the country.  Aided by his daughter, a doctor and a deposed Episcopal minister, can Torwatletie stay out of trouble?  Or will his busybody sister and the new Presbyterian minister catch them all in the act?