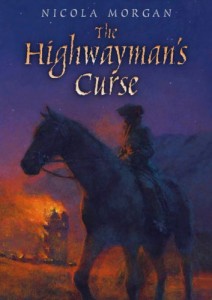 Book Launch: Nicola Morgan, a noted Edinburgh based author of childrens books, launched her latest book, ‘The Highwaymans Curse’ at the Cruck Cottage on 5th November, 2007.

The story is set in Galloway in the 18th century, and parts take place in a cottage similar to the Cruck.

The children from Moniaive School, Dumfries, re-enacted scenes from the book in and around the cottage, Nicola read excerpts from her book, and several other local schools came along.

Both local and national media were there, and all in all it was a great experience for us.

About the book: Will and Bess are on the run and find themselves in Galloway, Scotland, falsely accused of murder. Captured by smugglers, they become embroiled in a story of hatred and revenge that goes back generations: to the days of the Killing Times, when men, women and children were killed in the name of religion. As Will and Bess become entangled in the dangerous lives of this embittered family, both have choices to make which will test to the limit their courage. They must face the horrors of the terrifying smugglers’ caves, and everything they believe will be challenged. They may try to break the cycle of religious hatred that curses the land, but will their friendship survive?

It’s a story of hatred and anger going down the generations. There are many places in the world where hatred between religions causes tension, death and revenge. The only way to stop it is for someone to say, “Enough.” Either side could do it, but no one is ever brave enough. They’re brave enough to kill and torture but not brave enough to forgive and be forgiven.

In The Highwayman’s Curse, there’s a bitter old woman with a terrible scar on her face  from when she was branded by a soldier as a child. The soldier had tried to force her mother to swear loyalty to the King and not God. But her mother would not, and so she was drowned and her daughter was branded as she watched. This memory has stayed with the old woman and she is full of hatred for the Epsicopalians who had been responsible. But that is many years before, and the Killing Times are over. Should she not move on, forgive, put it behind her?

The launch for the book was held in a tiny 18th Century cottage in Galloway, with 80 school-kids and a TV crew!

WARNING: don’t let your great-aunt Gladys read this book  –  the scenes in the caves will be bad for her heart.

ANOTHER WARNING: there’s a very nasty incident with a snake, too …

Read more and reviews on the Nicola Morgan web site 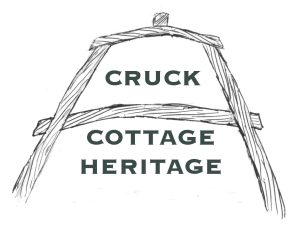